The White Ostuni, recently referred to as “the coolest aperitf in Puglia“, Saturday, August 2, 2014, from 10 pm, will host a star of Italian music: the singer Syria. Face-known of Italian and international music scene, won the first prize of “Sanremo Giovani” in 1995 and the victory of the “Festival di Sanremo” in 1996. His career continued with success and has seen a succession of several albums, singles, covers, awards, important collaborations with other greats of Italian and international music, to which also adds to the theatrical career.

An exceptional music designer which we have recently seen on stage at the Coca Cola Summer Festival, with the single “Hate” written by Max Pezzali.

Afterwards, Pierpaolo Peroni, husband of Syria, will select the coolest notes until the end of the night.

Sunday, August 3, 2014, during the cocktail party starting at 6 pm, will be special guest Son Pascal: Neapolitan star that saw the pinnacle of success with winning a talent show in Kazakhstan as well as the protagonist of the television program of Radio Deejay “Pascalistan.”

Admission is free and the fun is guaranteed.

Do not miss a single weekend to spend at the White Ostuni Beach Club – Contrada Monticelli / / City Fourth of Monte – Ostuni (BR). 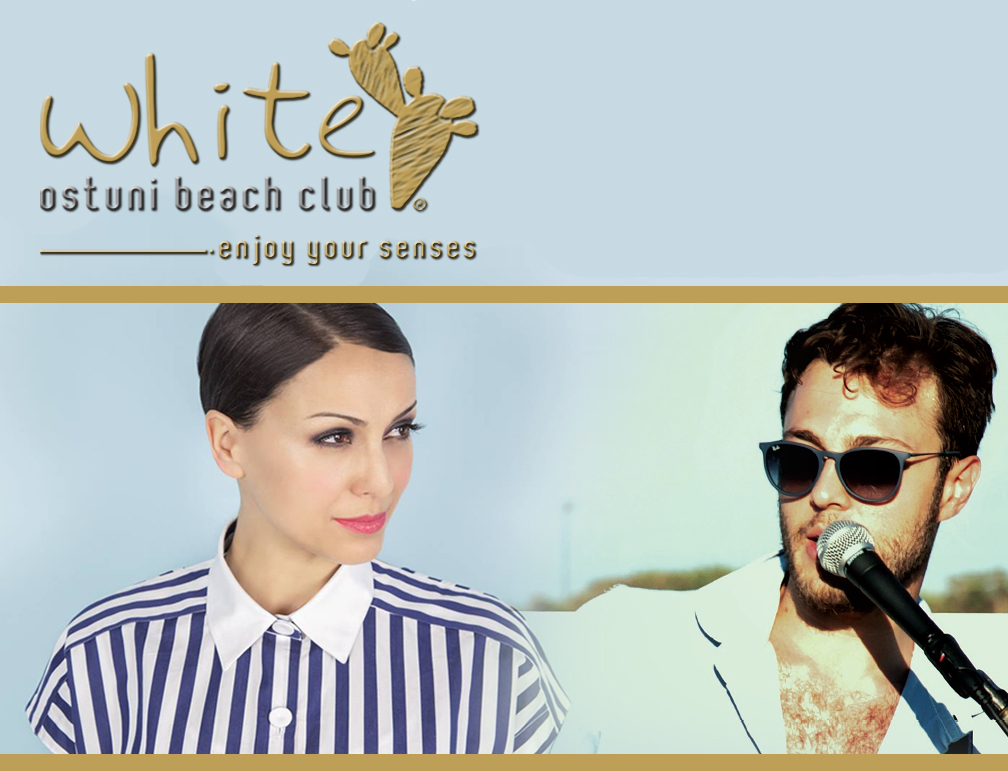